Everything About Smartwhip 615g Cream Chargers

Everything About Smartwhip 615g Cream Chargers

One Smartwhip 615g Tank is approximately equal to the nitrous oxide content of 78 Canisters of 8g N2O cream chargers.

Compared with the 8g cream charger, Smartwhip can more accurately control the N2O gas flow rate connected to the cream dispenser. a filled Hoses with pressure regulators are used as the Configurators, easily connected the SmartWhip 615G Canister to any brand of cream dispenser on the market, for example: ISI, Bestwhip, etc. 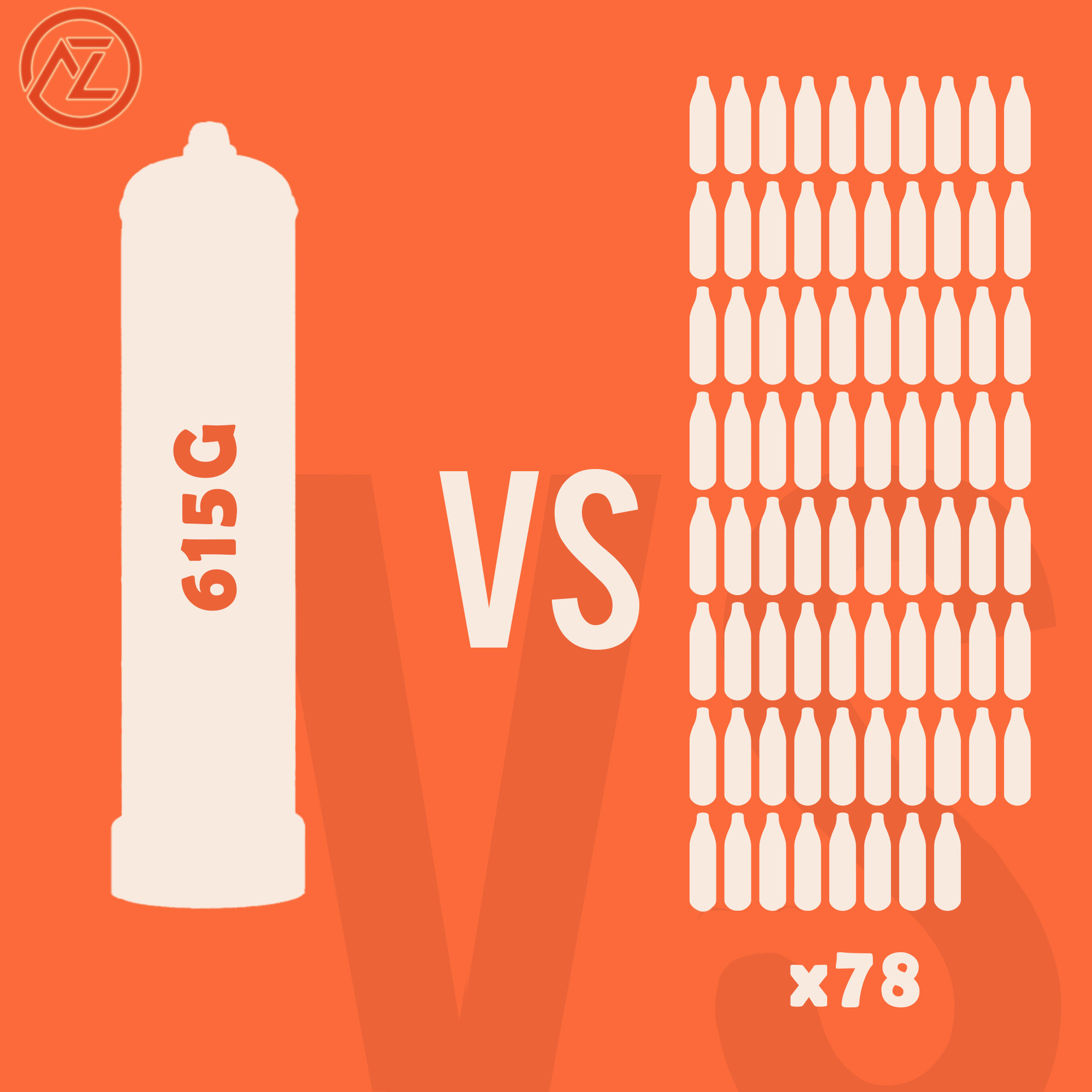 What Does Smartwhip Do

Whipped cream is liquid heavy cream.  Liquid heavy cream needs to be fluffed with a mixer to have a better taste. Nitrous oxide gas put into the dispenser can easily make the cream fluffy, and it also has the effect of inhibiting the growth of bacteria, which can prolong the Shelf life of cream. 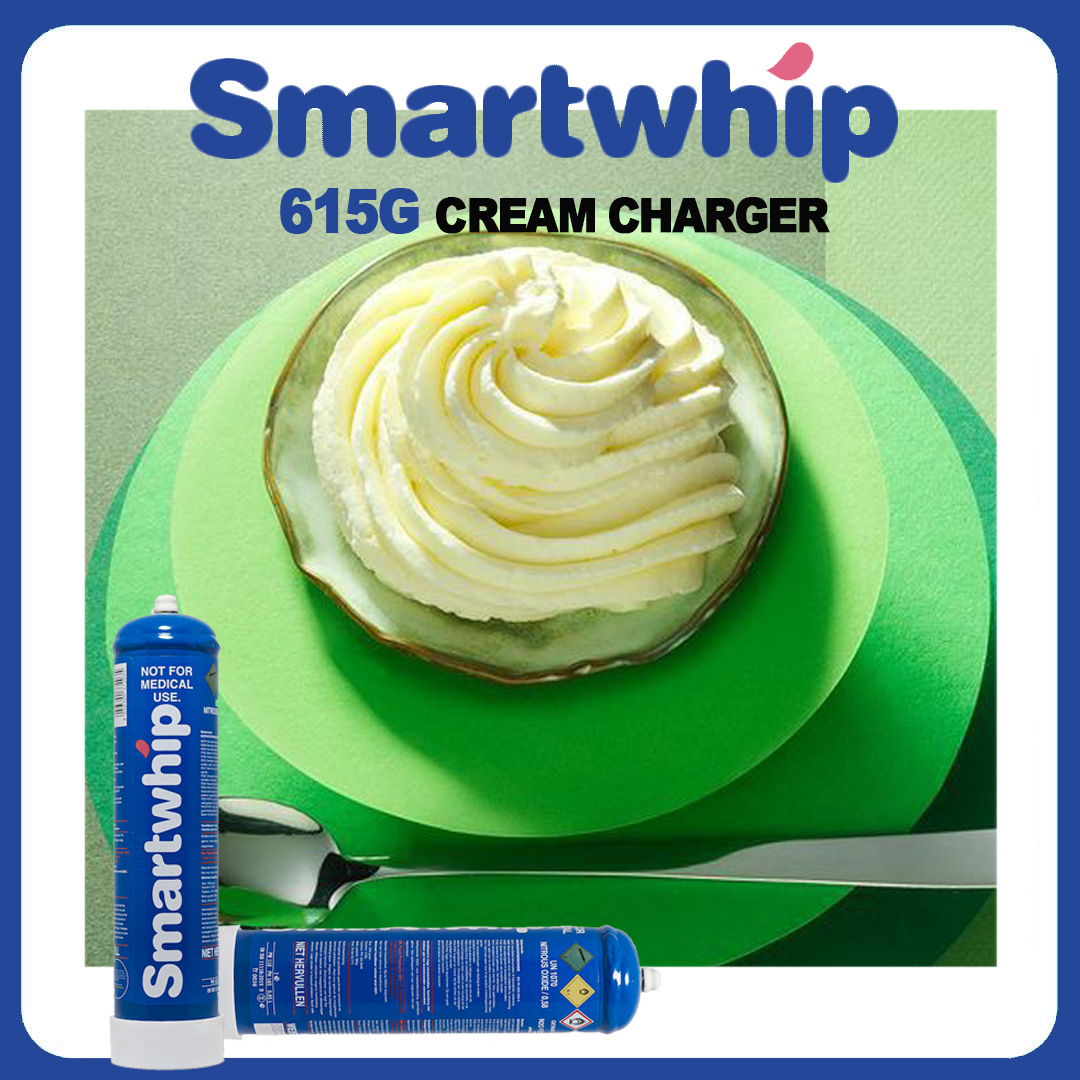 Smartwhip contains a large amount of N2O, which is easy to operate, and can be used all the time after one connection, saving the time of changing cylinders. Each Smartwhip 615g cream charger can whip up approximately 40L of liquid whipping cream into 120L of fluffy cream. Precise and efficient control of gas flow and amount of cream is the best kitchen tool essential for commercial kitchens.

People who inhale nitrous oxide have a mild hallucinogenic effect, which reduces the perception of mental and physical discomfort and gives them a pleasant feeling.

People laugh when they inhale nitrous oxide, so nitrous oxide is also called laughing gas, Nitrous, or NOS. N2O was used as a recreational drug by the upper classes as early as the 18th century, people havelaughing gas parties in their homes.

In the 2010s, many countries relaxed restrictions on the use of nitrous oxide, and N2O began to become widespread in various countries. Recreational users typically fill 8g nitrous oxide "Whippets" cylinders into the cream dispenser or use a cracker to puncture the cylinder and fill the balloon, then inhale the gas from the balloon or cream dispenser. This is because nitrous oxide is very cold when released from the canister, and there is a great risk of frostbite.

In 2019,  Smartwhip as an innovative kitchen product make the use of N2O balloons even more convenient. It is very convenient for Smartwhip to fill balloons. Instead of a cracker, a plastic nozzle is attached to the top, then covered with the balloon, and rotated the plastic nozzle,  the balloon is filled with gas. A Smartwhip 615G can completely fill about 75 latex balloons. It didn't take long for Smartwhip to overtake the 8g cream charger as the most popular party entertainment. 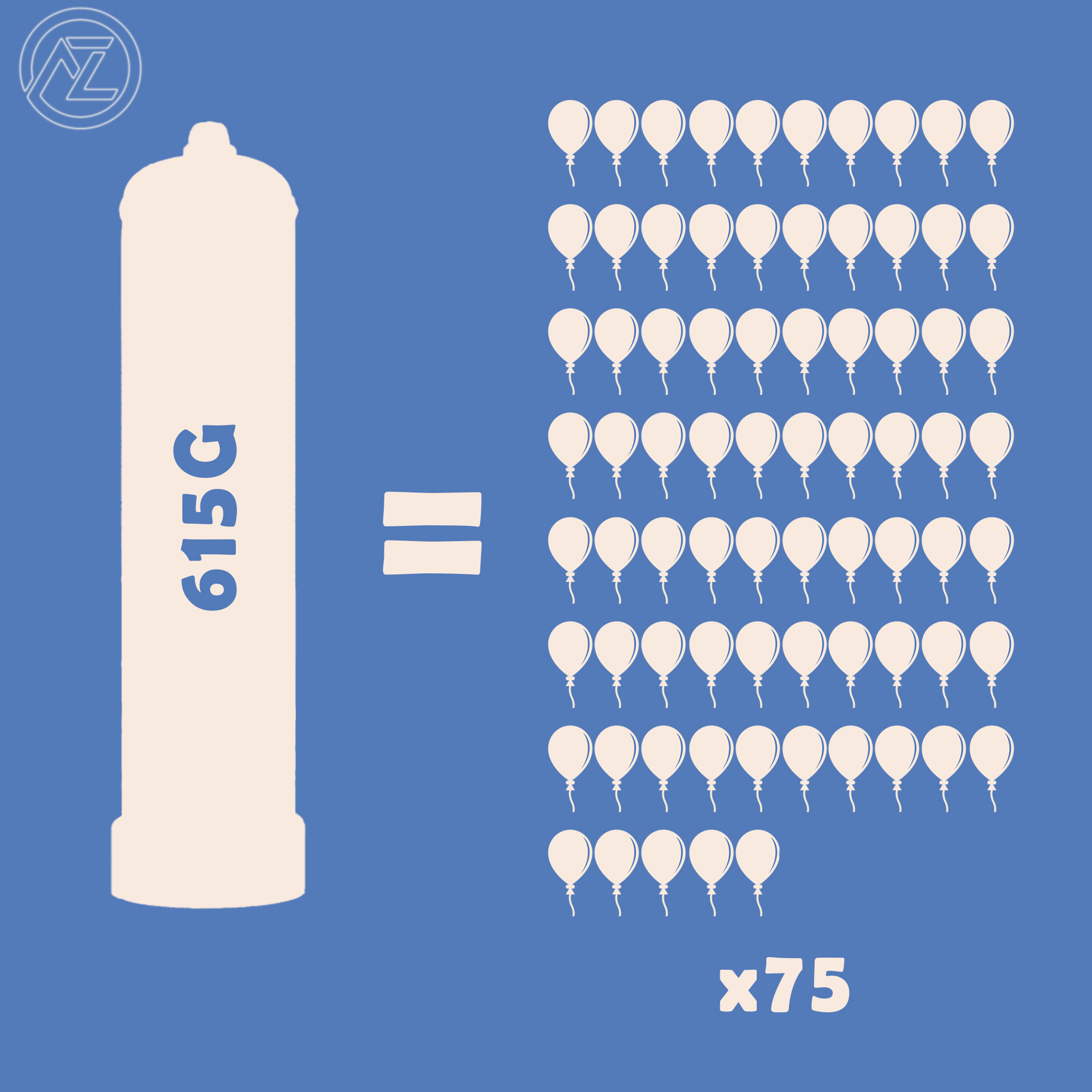 Although the addictive nature of laughing gas is low and the lasting action time is short, the following points must be paid attention to in the use of Smartwhip:

1. long-time inhalation of Smartwhip balloons can cause a lack of oxygen and affect coordination, so be sure to sit in a well-ventilated area.

2. Never use it while driving or operating machinery.

3. Long-time and large use of nitrous oxide will lead to vitamin B12 deficiency and nerve damage, so we must pay attention to vitamin B12 supplementation in time.